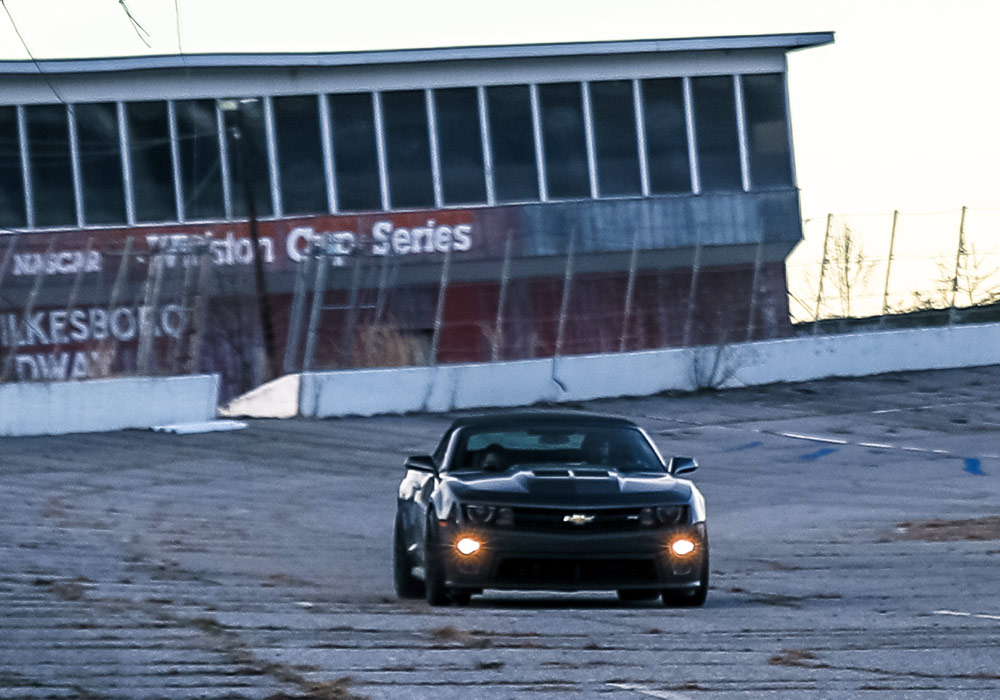 We’re sorry you missed it – this program has ended!

You could still win Jeff Gordon’s 2020 Chevrolet Corvette C8 – sign up to receive information about our spring 2020 program!

We’re sorry you missed it – this program has ended!

You could still win Jeff Gordon’s 2020 Chevrolet Corvette C8 – sign up to receive information about our spring 2020 program!

This is the first time Jeff Gordon has ever given away a Camaro, and this one is personal and one of a kind — its VIN matches the number on the car Jeff drove to four NASCAR Cup Series championships: 24!

“On the road, the top Camaro behaves like you’d think it would. It spins the tires with the traction control on, off or in sport mode. It has power in every gear, at almost any RPM. And personally, I love the sound it makes. At low RPM, you can hear just the tiniest bit of supercharger whine. At full blast, it just roars down the highway. My advice? Get one, move near a long tunnel, and enjoy the rest of your years.” 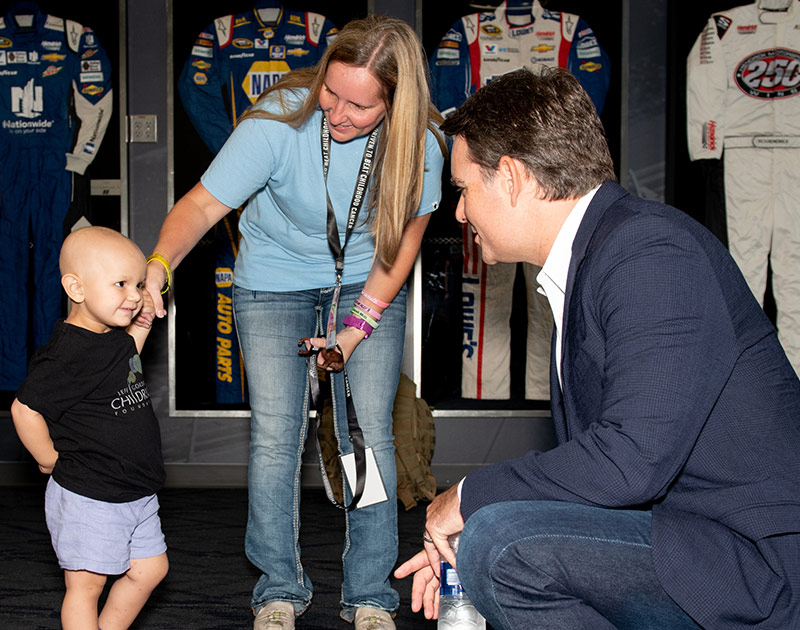 Worldwide, 300,000 families each year hear the words: Your child has cancer. That’s one child diagnosed every two minutes. But you can offer these families hope by investing in childhood cancer research with Jeff Gordon Children’s Foundation.

Learn about the Foundation Get tickets now 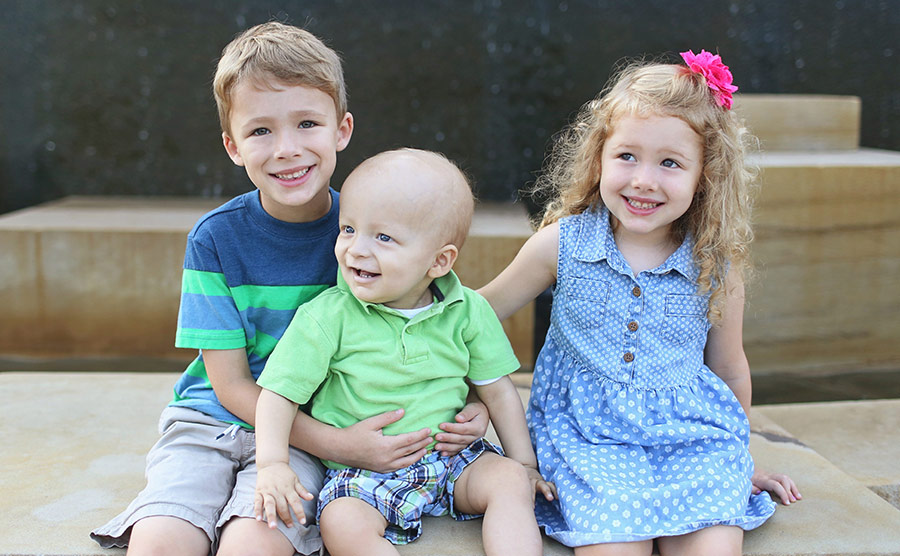 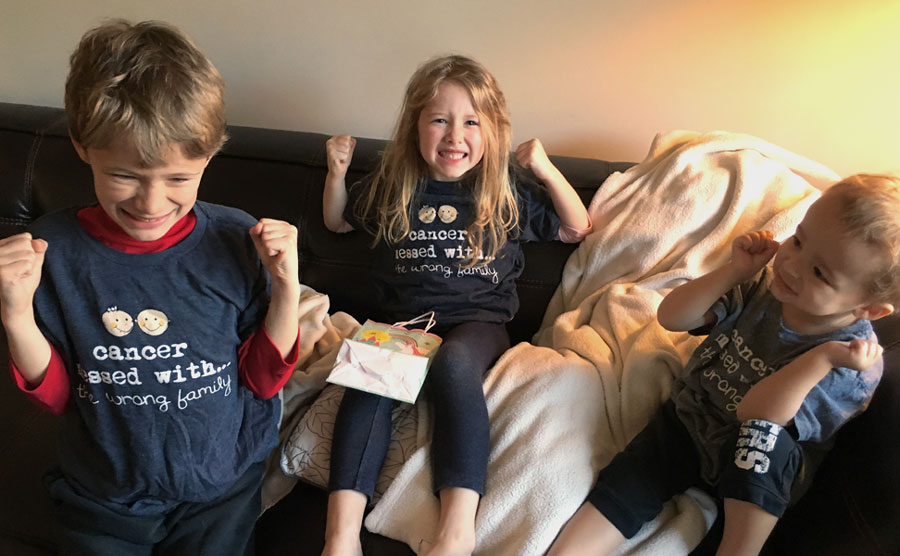 We first met Ethen at Levine Children’s Hospital in Charlotte, NC, two years ago. He was only 13 months old and had just been diagnosed with stage 4 high-risk neuroblastoma, a cancer that develops from immature nerve cells. We couldn’t get enough of his sweet bald head and big blue eyes, and his cuteness was only amplified by the company of his equally adorable siblings – brother Hudson and sister Mikayla.

To fight his cancer, Ethen endured five rounds of chemotherapy, multiple surgeries including tumor removal, stem cell transplant, weeks of radiation, and two and a half rounds of antibody therapy.

Ethen’s parents said neither Hudson nor Mikayla grasped the seriousness of their brother’s illness at first. They didn’t know how serious it was when Ethen spent a few weeks in pediatric intensive care and was in danger of dying. Yet Ethen’s Mom clearly remembers her heart breaking as she held Ethen’s hand and thought of what that conversation would feel like with Hudson and Mikayla if she had to have it.

Thankfully, she never had to. Ethen turned three in March. He finished his treatment protocol, and is currently participating in a two-year clinical trial to hopefully prevent a relapse of his cancer — a clinical trial that was made possible by people like you who chose to fund childhood cancer research.

The Tyson Holly Farms 400 is one of those races NASCAR superfans will discuss forever. On Sept. 29, 1996, Jeff closed a chapter in history when he took home the trophy from the last race that would ever be held at North Wilkesboro Speedway in North Carolina. He crossed the finish line in the No. 24 and gave his signature thumbs up out the car window.

The track was built in the late 1940s on farmland purchased by four stock car racing fans who wanted to bring motorsports to their small town in Western North Carolina. It opened in 1947, but would not be used by NASCAR until 1949. North Wilkesboro is one of only a handful of tracks from NASCAR’s inception, and it’s the only one that still stands today.

Equal parts haunting and captivating, North Wilkesboro provided a classic Americana backdrop for a classic American pony car. Jeff Gordon undeniably plays an outsized role in both the story of this track and the story of this 2013 Camaro ZL1, VIN 24. When the Camaro rounded the turns of North Wilkesboro on the day of filming, the atmosphere changed. It was almost as if car and track were writing a new chapter together.

Purchase your tickets to win Jeff’s special Camaro today and take a chance on becoming a part of this incredible story. 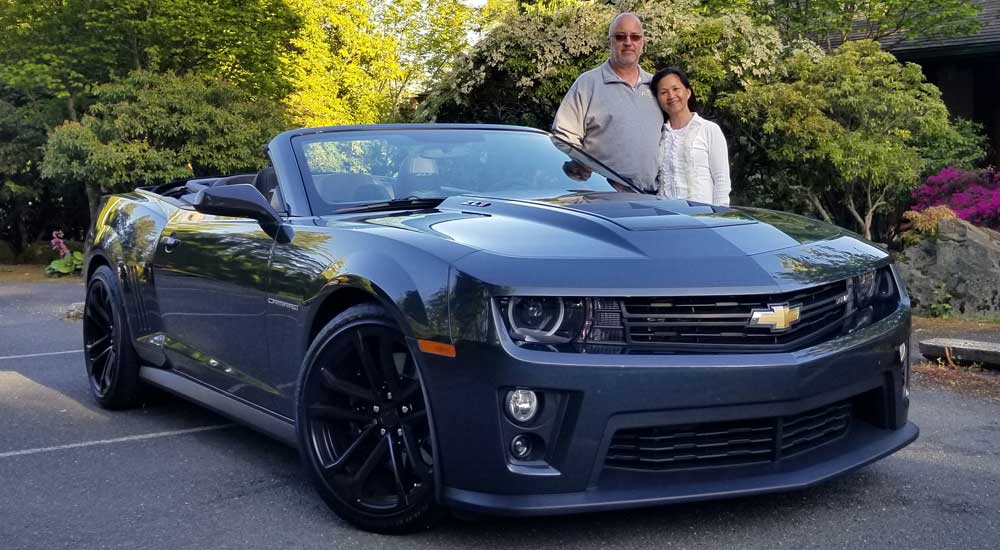 Steve and Jo-Ann with their new Camaro (above); Camaro with shipping truck (below) 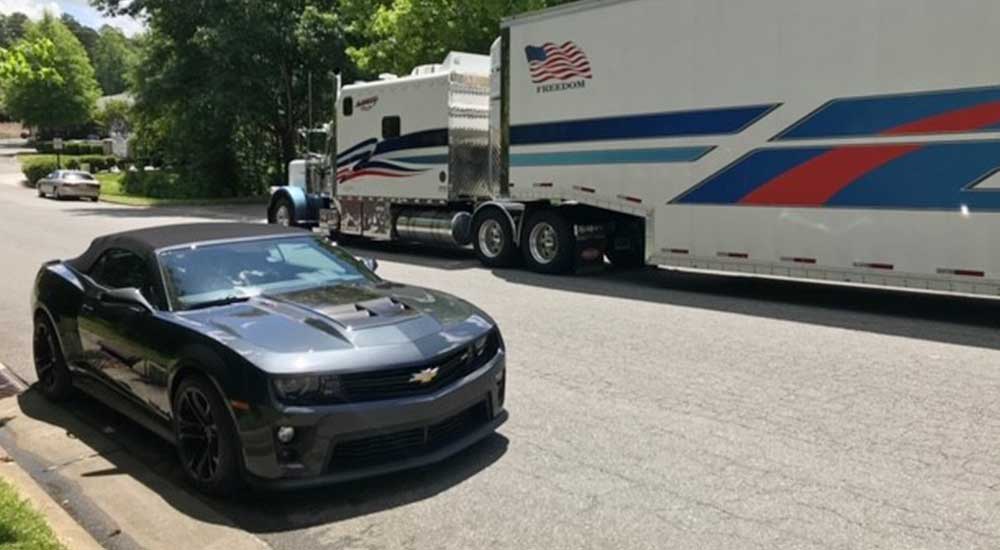 Congratulations to the first-ever winner of Jeff Gordon’s Camaro for a Cure, Steve from Seattle, WA. It wasn’t the first time Steve purchased a ticket to win a car – he’s a bit of a car fanatic – but it was the first time he entered to win one of Jeff’s cars. He had a feeling he just might win this one.

Typically we would bring Steve to Charlotte, NC, so that Jeff could hand over the keys in person. But because of COVID-19 precautions, we were unable to facilitate that. So instead, very skilled, experienced professionals delivered the Camaro right to Steve’s driveway!

“The car has really given me the opportunity to talk about JGCF and the need for [childhood cancer] research both in person and on social media.” 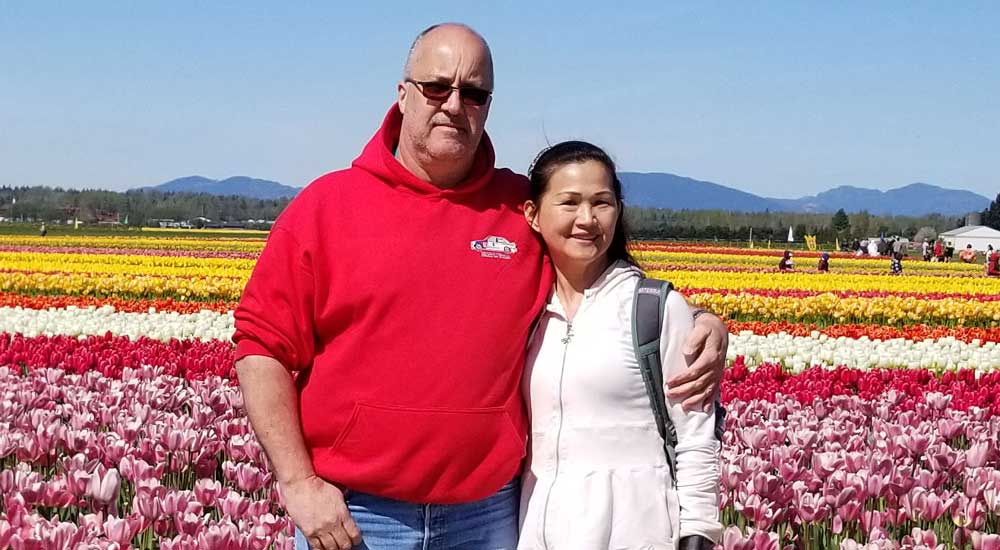 While this is the first time Jeff has ever given away a Camaro, it’s far from the first time he’s parted with a car to support kids fighting cancer. For the past 14 years in a row, Jeff has donated his personal Corvette to Jeff Gordon Children’s Foundation — raising nearly $9 million through the Corvette For A Cure program alone!

In 2019, for the third year in a row, we celebrated raising a whopping $1 million for childhood cancer research.

Watch Jeff hand the keys of his 2019 Corvette Grand Sport Coupe to our 2019 winners. 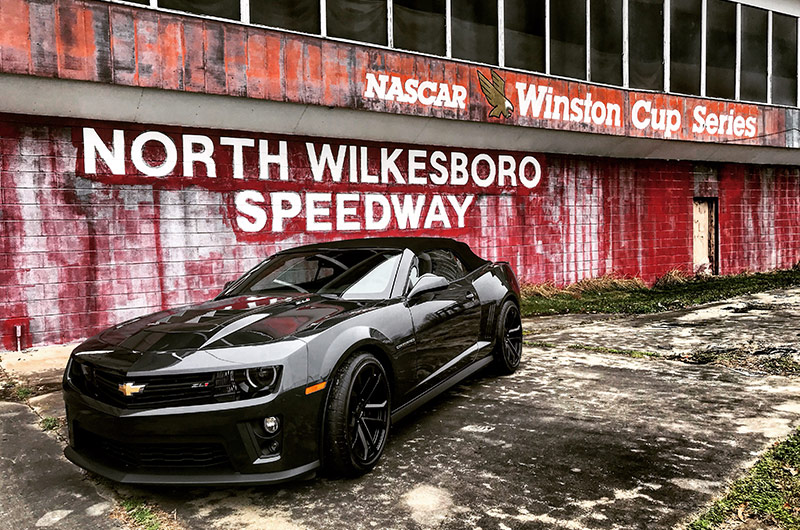 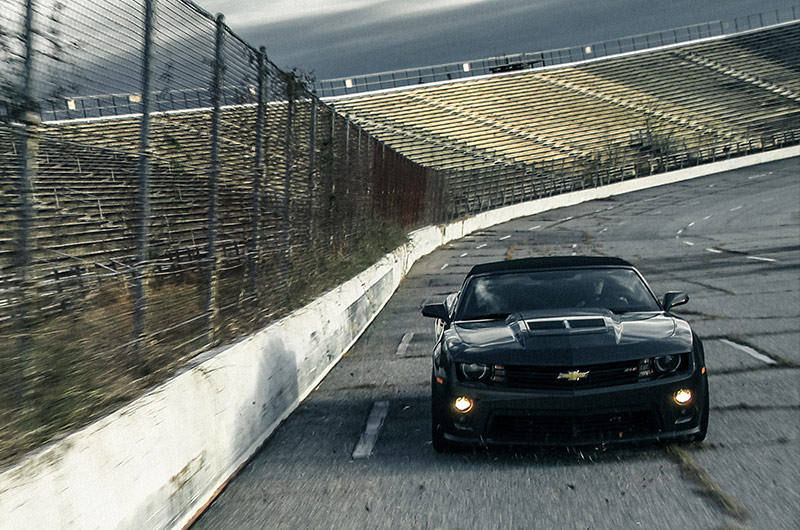 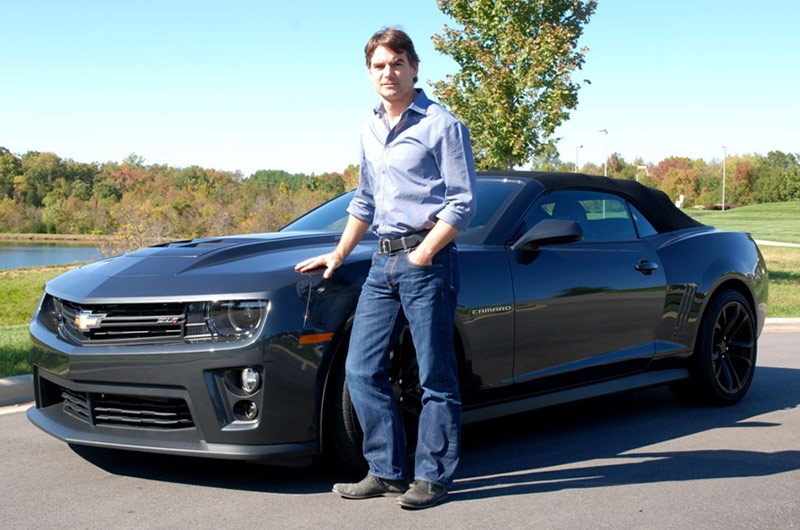 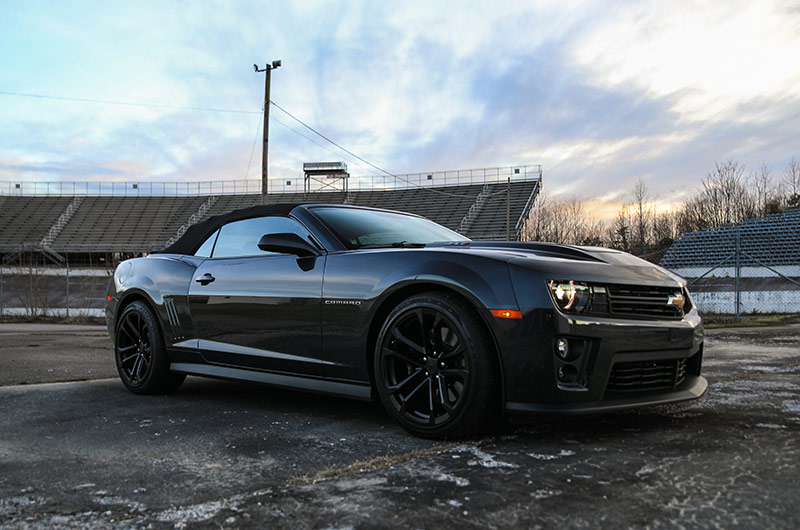 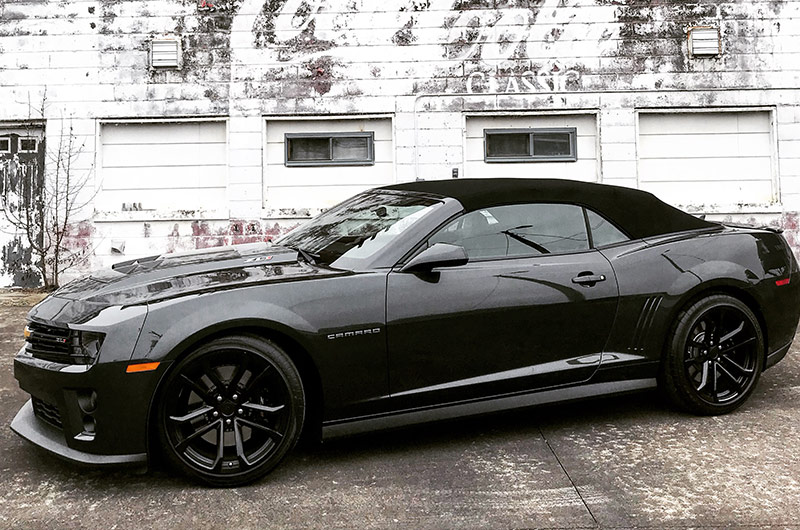 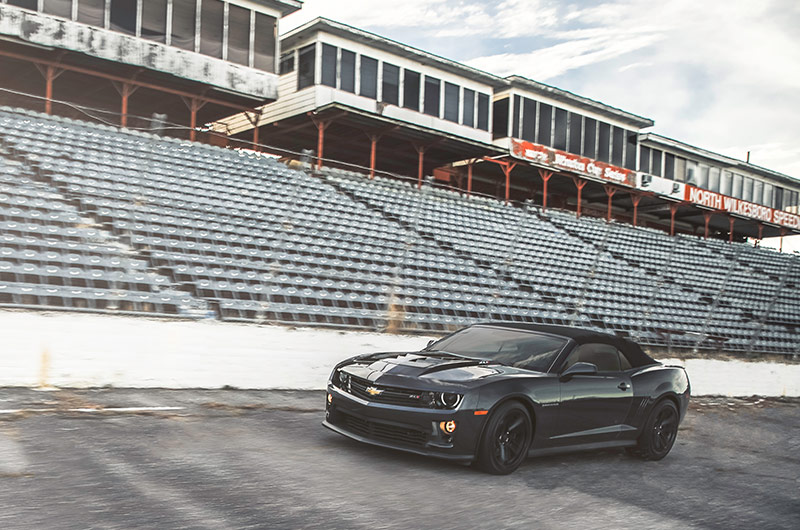 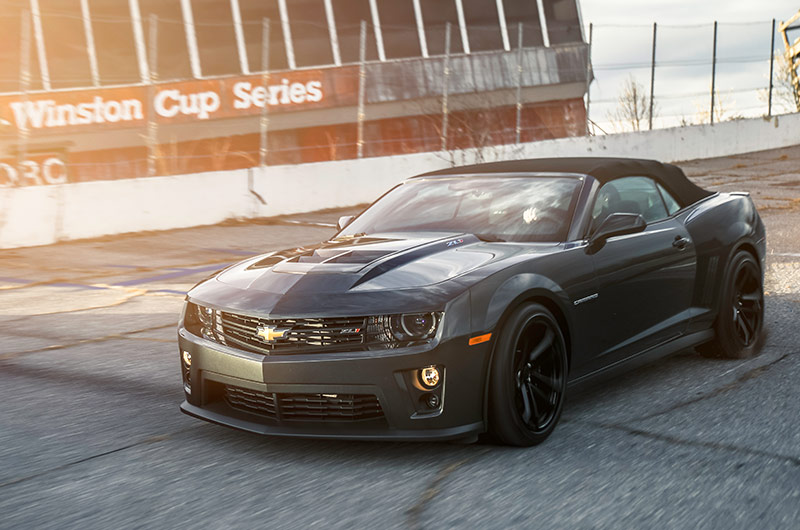